In October 2007 we started to feed the dogs at various different temples around the island. We went from one temple to another trying to get in touch with the monks. It hasn’t always been easy to find monks who are willing to help us to feed the dogs at their temples. After half a year I can say that most the monks are very cooperative and we’ve found helpful monks in 15 of 28 temples already. At first, Pui went to the temples and provided them with the necessary amount of food to feed the dogs.

Since May 2008, our volunteers Jay, Linda and Tom have taken over the temple project which also includes providing the mangy dogs with medicine, at the same time. Over a period of 3-5 weeks, the dogs will receive injections of Ivomec once per week based on the severity of the mange to kill off the mange mites. If we continue this on-site treatment on schedule, we won’t have to take as many dogs to the shelter, which is a big advantage as the shelter is already overfilled. On the temple runs they also give vaccine, especially to the little puppies and kittens, treat any kind of wounds on the animals and of course mange treatments. The volunteers go every Tuesday and Friday on the temple run and meanwhile the villagers around the temples have become aware of the fact that they can get free treatments at the temples. They often rush to us with their beloved pets and the stray dogs they sometimes feed and are more than happy to make use of the help.

With the whole temple project, I really hope to get some support from all of you because as of yet, there has been little interest shown from ‘the islanders’. I have sent out a letter to all the hotels as well as various businesses around the island to ask for their help, I was hoping that they would support the DRCS with some food donations, unfortunately I was wrong, I have received very little help at all from the island.

Please help us to continue look after the temple dogs. Take over some of the food costs for one or several dogs at the temples.

From 2018 onward the Temple Project does not have separate newsletters anylonger. It is now part of the regular newsletters. 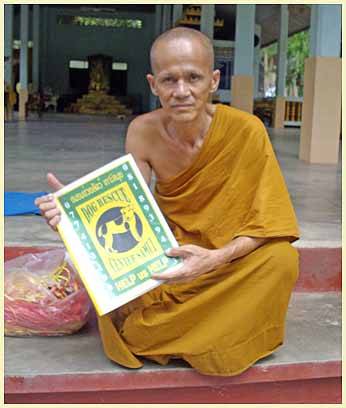 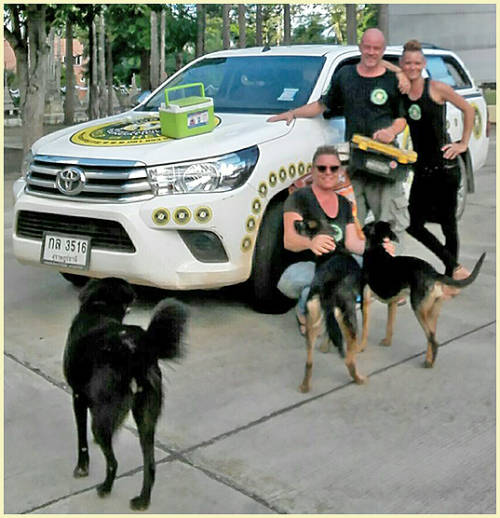 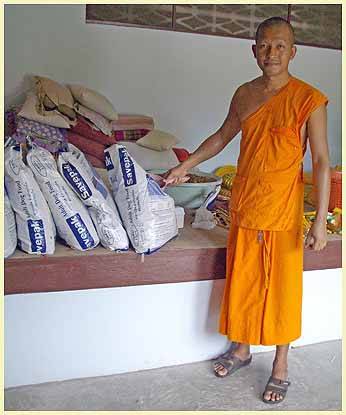 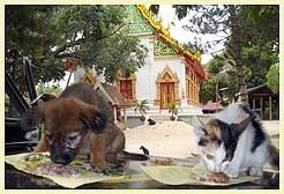